"Leslie What's wild and risk-taking fantasy tales have been largely overlooked, but her latest short story collection offers a great opportunity for wider attention. 'Babies' is a blistering allegory of motherhood that fuses together bug exterminators, marital problems and obsessive solicitude in 13 pitch-perfect pages. The story's heroine carries the 'extra weight' and protective quality of human pregnancy, while mothering cockroaches that 'always came to her side whenever the bugman sprayed the landlord's kitchen.' 'Paper Mates' is a clever story in which paperwork quite literally reproduces like rabbits. What's stories, like Ray Bradbury's and Richard Matheson's, rely on high concepts to carry the narratives forward, but her prose works best when it is concise. Nearly every tale offers an unexpected surprise, but never feels too gimmicky. This is a universe in which one should never underestimate a woman in a ratty gorilla suit, even if her ability to 'speak' with gorillas may very well be her only means of communication. "

MY HERMIT, excerpt
copyright 2004 by Leslie What

Students often ask me how it happens that hermits who relish isolation manage to reproduce with such regularity. It only takes one night and two hermits, as we say in the field.

Hermit Studies at the U of O is an interdisciplinary study, and my doctorate was in Sociology, one of the so-called soft sciences. My dissertation had focused on alternative familial groupings, and my book, The Hermit's Way had become the standard in the field. Our faculty included the Jungian research psychologist Brittany Lake, and an overreaching geneticist named Daniel Nathaniel Rickman.

We met weekly in the windowless faculty lounge in the basement of the Humanities building. The current discussion concerned the upcoming Fall Colloquium, which we were calling "Hikikomori (the Japanese term for Hermit Syndrome, meaning to shut oneself inside) in the Post-Industrial World." Rickman initiated a long and pointless discussion on whom to invite as the keynote speaker. Rickman favored J. D. Salinger, while Lake favored Pynchon. Not being one for speeches, I didn't care. We tabled the discussion and moved on to new business.

I brought up something that had been bothering me. "This may seem trivial," I began, unable to meet my colleagues' eyes. "But someone has been eating my yogurt."

There was an uncomfortable quiet that was either a guilty silence or the silence of those trying not to laugh. Shopping was an unpleasant experience. I wasn't a people person; I limited interactions whenever possible. Perhaps the thief would now think twice before ransacking the department refrigerator. 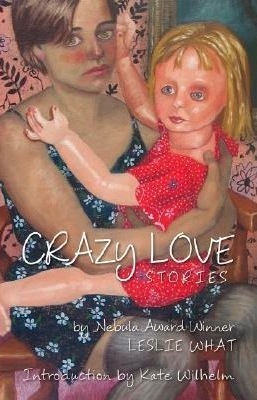